Women’s Health Where There are No Roads

Women’s Health Where There are No Roads

Our partner CHEK delivers more than babies! Yu, a teacher by training, has worked with Community Health and Education Kyaing Tong (CHEK) for more than a decade. The organization provides lifesaving reproductive health services to isolated ethnic Eng communities in Kyaing Tong—also known as Kengtung—in eastern Shan State. As Partners Asia commemorates nearly a decade of support for CHEK’s work, Yu describes both the ongoing challenges—particularly for women—and CHEK’s most noteworthy successes. 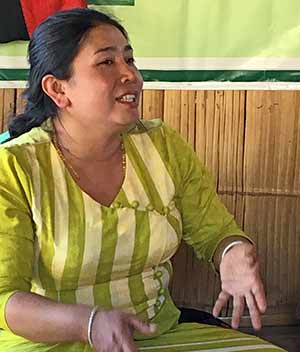 The Eng live in very remote villages and often have difficulty communicating with outsiders. How were you able to build a relationship with this community?

Around 15 years ago, I went to the Eng village of Namp Lian Mai as a teacher. I had a lot of difficulties because of the language barrier. Most of the villagers could not speak in Burmese, and I could not speak Eng. I realized I needed to learn about the Eng people, their language, traditions and culture. I started learning. I didn’t want to do top-down work. I began coordinating with the parents and the head of the village to build trust with them. When the community members saw the development of their village, they trusted me more. Later on, once I had built this trust, I continued to not only carry out education projects, but also to work on personal hygiene, water issues, and sanitation. I coordinated with health workers and fostered more awareness of health in the village.

What are some of the challenges that Eng women face?

Another challenge is education—most of the women in the community are undereducated. They don’t finish high school, and some of them get married at a young age, like 14 or 15. 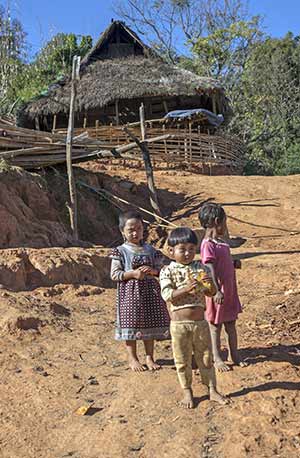 What is the most important way we can improve women’s health in this region?

The most important thing is having access to maternal care during pregnancy, and care during delivery. It is also important to take care of the infants, particularly regarding the nutrition for the mother and child. [Note: Partners Asia has been supporting the work of the first-ever Eng midwife, who serves women in 19 villages.]

Have you had any major breakthroughs in your work?

A lot of women have become more aware of family planning. Before CHEK began its work in the Eng villages, on average, families had more than 10 children, but only four or five would survive. Whenever someone got sick, they thought it was because they had been cursed by a bad spirit, and that the spirit was taking the child away. This is what they used to face. After CHEK introduced family planning methods, they started to use them, and it is reducing the number of children. Now families have four or five children, and they are able to feed them and take care of them. Because of greater health awareness and maternal care, there have been no infant or maternal mortalities in five years, a stark contrast to previous decades.