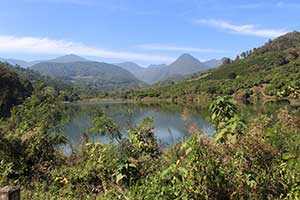 Working in the vast orange orchards on the border between northern Thailand and Burma are some 100,000 people—mostly ethnic Shan—who fled war and structural violence in neighboring Shan State and now survive as day laborers. Some left their homes decades ago, while others continue to make the migration each day.

Partners Asia grantee Group for Children, based in Fang, in Thailand’s Chiang Mai Province, first supported this community through education initiatives for the children of these forced migrants.

But, around three years ago, the organization’s director Khun Adun realized that to meet the needs of youth, they would have to address the enormous burdens on their caregivers.

“In order to help children develop, we needed to support families. Who are those closest to the children? The mothers,” he explained. 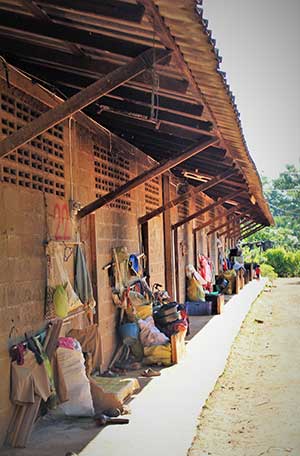 With a grant from Partners Asia to conduct participatory action research, Group for Children found that because migrant workers lacked necessary identity and employment documents, they were paid well below the Thai minimum daily wage of around $10 per day. Moreover, women were consistently earning less than men: up to $6 a day, versus men’s maximum of around $8.

As a result, migrant families’ expenses greatly exceeded their incomes.

“This was so extreme, that even giving their children enough food to have three meals a day was often not possible,” Khun Adun said, adding that there was no way for families to cover the cost of hospital visits or legal expenses related to migrants’ undocumented status.

The idea of creating savings groups—headed by the mothers of children attending Group for Children’s learning centers—was borne. Each had 10 to 15 women, and would set a savings goal for each member either weekly or bi-weekly. Husbands and fathers began coming to the meetings, many promising to cut their alcohol consumption to help build the fund.

The initial investments were modest: just five baht, or 15 cents, per person. It was all the members could afford. As the groups started to accrue savings, Group for Children facilitators would return and ask how home expenses could be further reduced so that the community savings could grow.

From these funds, more than 100 loans have been granted within the community, totaling more than $3,000. These loans have been used to buy food and pay children’s school fees. Women create a tailored and realistic payment plan with the recipient, with a low interest rate of 1 baht for every 100 baht borrowed. The interest goes back into the savings system.

“What I have seen is that children are able to eat until they feel full, and have three meals a day,” commented Khun Adun on the effect the savings groups are starting to have. Their mothers have also been able to pay for their vaccinations and health care.

The reduction in alcohol consumption has had another positive effect: there has been a reduction in domestic violence incidents in households that have joined the women’s savings groups.

While Group for Children’s programming has expanded beyond educational endeavors, Khun Adun sees it all as connected—Partners Asia does, too.