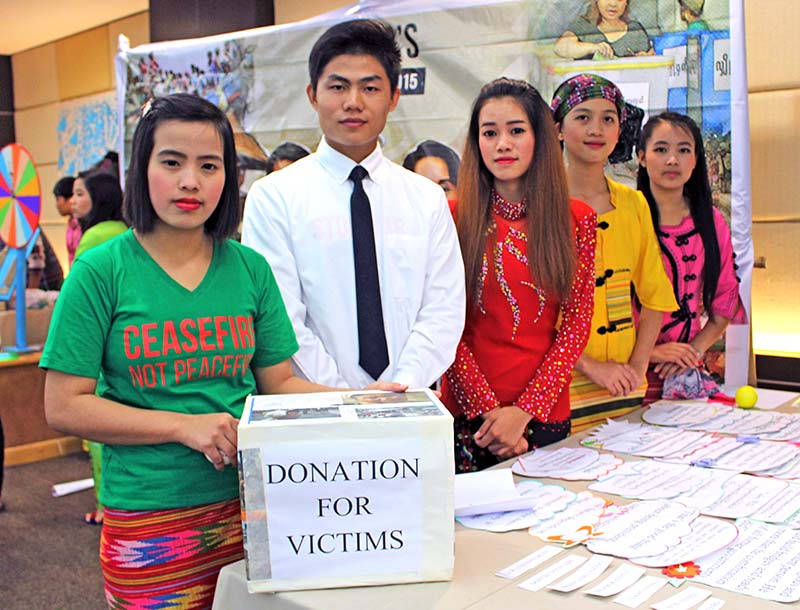 During the Myanmar military regime’s scorched earth campaign in 1996, more than 400,000 villagers in Shan State alone were uprooted from their lives at gunpoint, and only recently have some been able to return home. Even as they return, they face continued human rights abuses by the army’s troops, including systematic rape, forced labor, forced relocation, torture and execution.

Despite an incredibly challenging environment, the School for Shan State Nationalities Youth (SSSNY) has put together a remarkable organization, with more than 15 years of experience providing safe spaces for education and facilitating cooperation among people in the conflict-affected areas. They have developed an impressive alumni network of 945 young leaders to support their efforts, and reach thousands of youth every year with their trainings.

SSSNY’s intensive programs give students opportunities to learn from leading experts, share knowledge with each other, visit IDP camps, join press conferences, and march in protests. The practical, real-world knowledge these young men and women gain from the trainings are helping build the next generation of leaders in Myanmar. By connecting them early on, SSSNY is also fostering massive networks of progressive thinkers who can drive positive change in their country.